This article appeared in full form on OnStartups and you can read the post “The Pitch Deck We Used To Raise $500,000 For Our Startup” there.

When Joel and I first arrived in San Francisco around 2 years ago, we had absolutely no idea about fundraising. Even the term “pitch deck” was something copmletely new to us. One lessons, that we quickly learned, however, was that it’s a big no-no to ever share the pitchdeck to have used for raising money.

When we were raising money however, being able to ask other founders for their pitchdeck was one of the most helpful things for us. So, this always didn’t quite feel right to us. So we decided to share our deck, in hope that we might be able to help lots of other people too.

Especially as Joel and I are both first-time founders and we “only” raised $500k, we thought it’d be a great example that will help a large amount of people.

A few notes on how to read this deck

If you go through the deck, there is one particular slide that I really want to emphasize.

When we started our fundraising, we quickly realized that as first time founders, this was probably our only way to raise any money: By focusing everything on the traction slide.

Here is how Joel describes this in his article on raising money as a first-time founder: 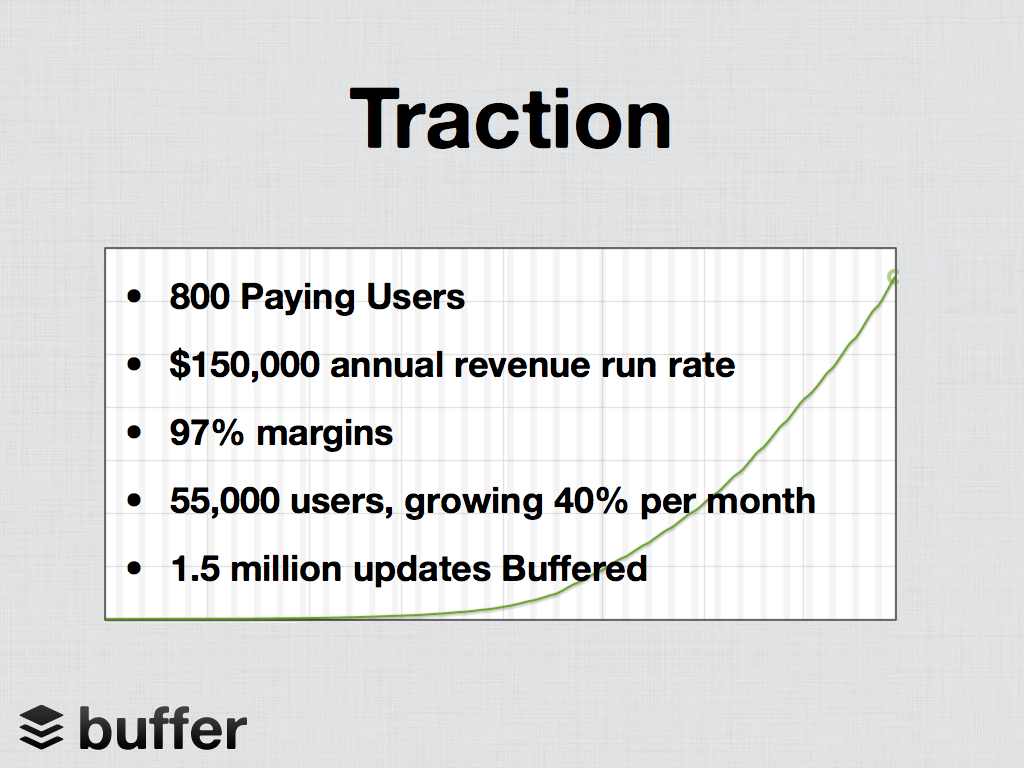 One of the most important elements, that we had to learn during our fundraising process was the concept of “Ratio thinking”.

“If you do something often enough, you’ll get a ratio of results. Anyone can create this ratio.”

It sounded simple enough as a concept to us, but man, this was one of the toughest things to learn. Here is how Joel described it in a recent article on ratio thinking:

“The law of averages really comes into play with raising investment.

Overall, we probably attempted to get in contact with somewhere around 200 investors. Of those, we perhaps had meetings with about 50. In the end, we closed a $450k seed round from 18 investors.

Perhaps the most important part of our success in closing that round was that Leo and I would sit down in coffee shops together and encourage each other to keep pushing forward, to send that next email asking for an intro or a meeting. In many ways, the law of averages is the perfect argument that persistence is a crucial trait of a founder.”

I believe that this is in fact one of the most valuable things to know up front. It requires a huge volume of work and meetings.

Avoiding friction in investor meetings: Our second most important

Another thing we quickly realized when raising money was this. Although investors were very interested in talking to us, especially because of our early traction, talks then stalled.

Why? The social media space seems very crowded. From the outside, it looks like there are dozens and dozens of apps all doing the same thing.  On the inside, you however quickly realize that there really aren’t that many options.

The question was almost always timed at the exact moment in each meeting: “So, aren’t there lots of other apps doing the same?” And we explained to them about the TweetDecks and Seesmics and that Buffer is different and so forth. That never worked.

So after lots of meetings, we realized that the competition question (in our case) created the most friction and eventually left people too confused and not interested any more.

We took some time aside and made this slide as easy to understand as possible and explain Buffers positioning without creating all the friction: 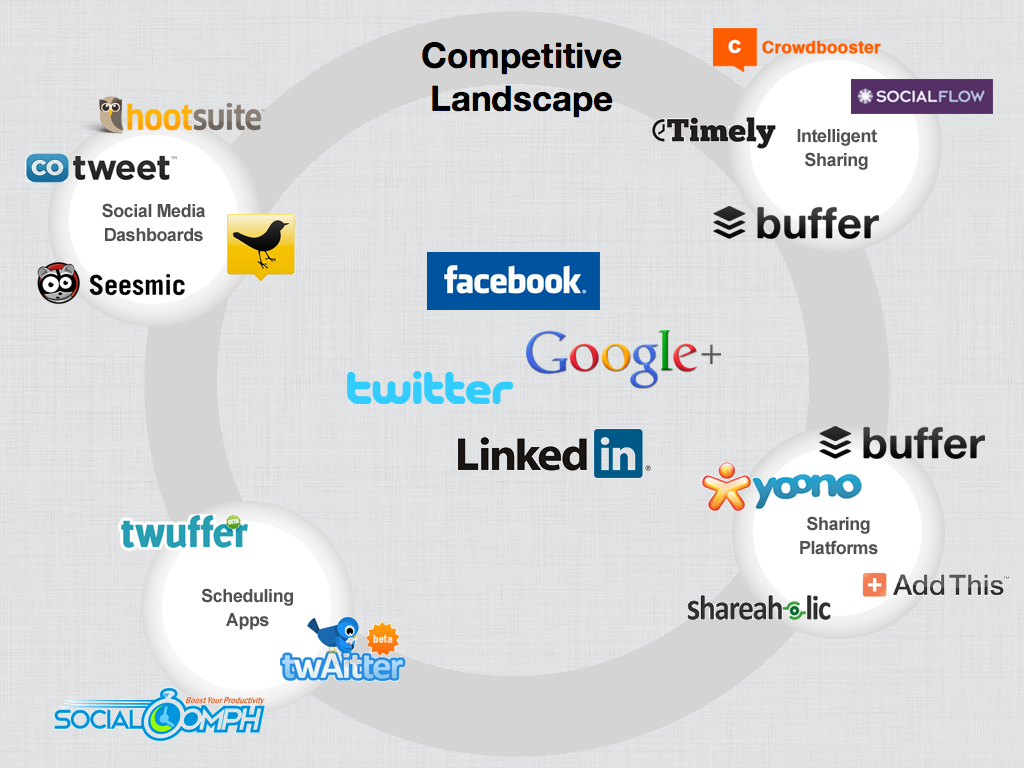 Without any further explanation, here it is:

With Buffer, our goal is to take our ideas of transparency for our company to a whole new level. That’s why it was very important for us to make this slide deck public.

Recently we’ve published some ideas about this in Inc Magazine and FastCompany:

This slide deck is far from perfect. As previously mentioned, it probably falls into the average category. But it was what at the end of the day helped us raise the funds to turn Buffer into the company it is today. So it’s hopefully a real-world case study that clearly shows what is important and what might not be so helpful for investors to know about.

We want to continue publishing our ideas and thoughts about topics that get rarely talked about.

Joel and I would love to answer any questions you might have on our fundraising process. Please post anything you have in mind in the comments below.