In case you haven’t noticed, we’ve started to cover a lot of heavily scientific articles recently here on the Buffer blog. And judging by the spread of them, they have been really well received.

One thing struck me though. What about simple things we can do? A friend recently told me she has added a 20 minute window in her day where she tries to go for the “quick wins”.

I thought that’s a brilliant idea! So I went ahead and looked up 7 simple things all of us can do today to get more productive, happier and successful. Of course, all backed up by science! So here 7 simple productivity tips you can put in place today:

1.) Help someone today – it will make you happier and more productive

Eric Barker, one of my favorite productivity writers recently interviewed Wharton Business School professor Adam Grant about his new book called “Give and Take”. What struck me the most was that the people who help others out consistently not only feel happier, but are actually more successful:

“Then I looked at the other end of the spectrum and said if Givers are at the bottom, who’s at the top? Actually, I was really surprised to discover, it’s the Givers again. The people who consistently are looking for ways to help others are over-represented not only at the bottom, but also at the top of most success metrics.”

There is only a slight problem. Helping others often seems like a huge task. How can we approach it in a way so it doesn’t eat up all of our team and leaves us overloaded or stressed. Adam has 2 great tips for exactly that too:

I’ve found that splitting my time between helping someone with a small thing and working on Buffer are a great trade-off. The one gives me a huge boost to get my teeth stuck in for the next article, email or call. More on the unique power of helping from Eric, some incredible discoveries in there for me.

The last and definitely not least important one on this list is to start with making a daily routine. Create an outline for how your day should look like for tomorrow and stick with it, just that one day. Nearly all of the most famous writers, thinkers, politicians and entrepreneurs out there stick to a daily routine. Researchers Shenk and Dweck put it this way:

“Relentless persistence is what makes us more intelligent, rewires our brains, and helps us succeed.”

Creating and sticking to a daily routine, like the one above from Joel does wonders for your life and productivity. The 3 most important things to remember when creating your daily routine for the next day are these:

Set an alarm that goes off when each of your activities end. This is a great way I’ve found to stick to the routine I’ve set myself. The problem of inertia and wanting to keep going kicks in way to easily and this is a great way to rip you out of it and move on to the next task.

There is an amazing article from Alan Henry over at Lifehacker about exactly this topic.

3.) Deal with something only once

Here is what happens a lot of times to most of us. We read an email and think “I’ll come back to that later”. We meet someone and say “let’s meet up for coffee soon!”. Or we get other requests via Twitter, Facebook or email that we read and think “I’ll do that later”. In a great story Leo Babauta explains how Zen Master Susan O’Connell taught him the “deal with it only once” in a real life example. When they briefly met and talked about getting tea sometime soon, she pulled out her notepad and set down a date right then and there:

“Deal with something once. Do it now. Then it’s off your mind, and you can fully focus on the next matter.”

Although not highly scientific, these are some highly trustworthy ideas from one of the most famous Zen masters. Here are the 3 most important points to apply the “deal with it only once” today:

Dealing with these 3 things immediately has been one of the best decisions I’ve made.

From Leonardo Da Vinci to Ronald Reagan, there is a huge number of “nap” celebrities. And yet, the power nap is probably the most effective way to rejuvenate your brain. As a recent Harvard study concluded:

There is, in fact, a biological clock located in a cluster of cells in the hypothalamus of the brain. Those cells orchestrate the circadian (that is, daily) ups and downs of many physiological processes (body temperature, blood pressure, secretion of digestive juices), including sleep. […] It’s also common to have a little “hump” of midafternoon sleepiness programmed into the circadian schedule. An afternoon nap is one way to accommodate that hump.

The optimal nap time, according to the study is 20-30 minutes, so that you only reach sleep phase 2, but not the sleep phase 3 (deep sleep), which leaves you groggy and exhausted. The key to a great nap is probably best illustrated in the graphic below. To sum up in a few lines: 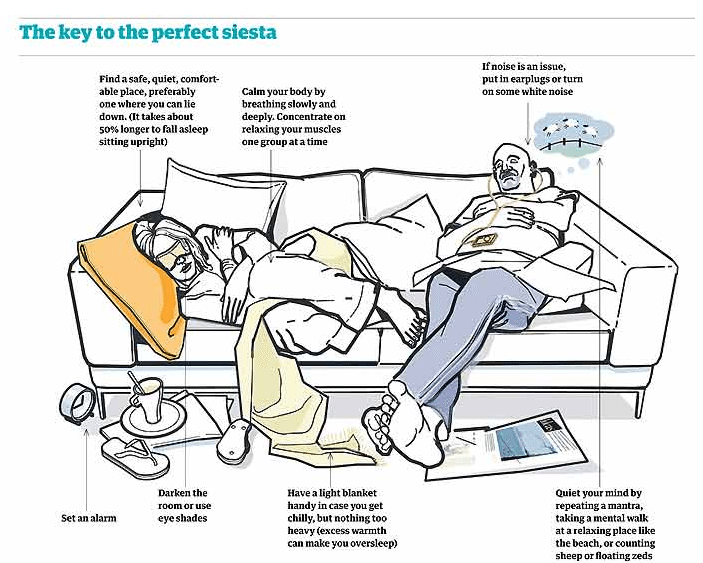 More about how much sleep we actually need.

5.) Keep a journal with you at all times

Here is one, that is probably most underestimated. Keeping a daily journal of what you got done, of what worries you and what inspired you, is one of the best productivity tools there is. Some of the most famous writers of all time, including Franz Kafka, Virginia Wolf and others, strictly kept to daily journals. And Harvard Business School professor Teresa Amabile even wrote a whole book about it:

“One of the big reasons to keep a diary is to record small wins that otherwise might slip through your memory. You can leverage the progress principle and allow yourself to get that boost from realizing you are making progress. And it’s also helpful to record major setbacks – or minor ones that recur – so you can think about how to get rid of inhibitors blocking your progress.”

And journaling, fortunately is also one of the easiest ways to start writing consistently. To make keeping a daily journal even easier, here are 3 tools that make it a no-brainer:

6.) Learn to use the word “no” more effectively

We all have good intentions when we wake up in the morning. But somehow, we get sidetracked and lured into distractions that jump at us from all corners of daily life. Being able to say “no” in an effective way, that doesn’t take up too much of our will-power is crucial. In an incredibly interesting study about saying no, they had this experiment:

And here is what happened:

Pretty awesome right? Switching to “I don’t” whenever you want to say no, has shown to be one of the best ways to say no. Two of the most important things when it comes to saying no for me, where these points:

7.) Avoiding the snooze button once and for all

One of the world’s most unfortunate popular inventions is the snooze button. We all love to just go back to sleep for another 10 minutes, because then we’ll be much less tired. Or will we? In a great video ASAPscience uncovers that that’s not true at all:

“Fragmented sleep [that happens if we snooze] is much less restorative and leads to sleepiness related daytime impairment. By breaking up those last 30 minutes of sleep, you are more likely to feel tired and perform poorly during the day.” 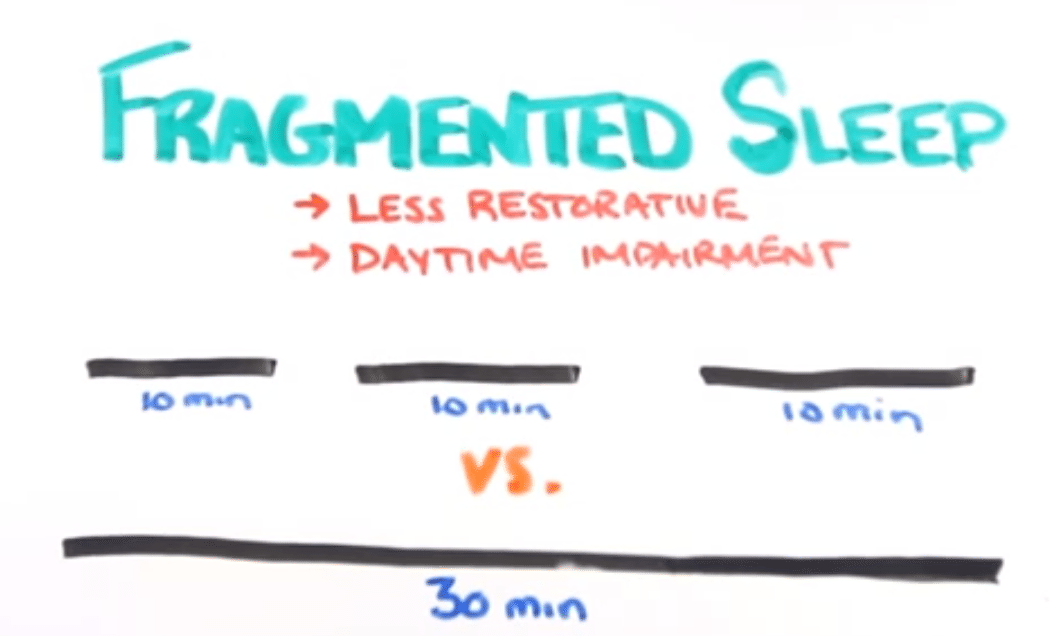 Here is more about energy levels and sleep patterns to keep you in sync with everything. These are some of my 7 most cherished and simple productivity tips that make both more productive and happier at the same time whilst working away on Buffer every day. I’d love your thoughts and addition. What is your most cherished productivity tip?