It is Thursday afternoon. Hump day. You are being humped.

The one thing you wished to accomplish today remains unaccomplished, sitting there as a painful reminder of your failure, goading you to check Tumblr just one more time. You lack motivation, clearly. This is not a problem you would have with, say, video games.

And there’s your answer!

Turning repetitive tasks into games is the secret sauce to getting things done. You’re not alone in thinking so. Gamification, the collision of gaming culture with real life, has turned into a serious cottage industry. Customer service software like Fresh Desk taps into gamification to motivate reps. Personal fitness is becoming a veritable virtual reality arena. Even the Pentagon is getting its game on. The endorphin rush from leveling up or gaining XP or turning any normal, everyday activity into an epic quest is not a geek’s means of productivity; it is a life hack for everyone.

Where did gamification come from in the first place?

The idea behind gamification—challenge, motivation, reward— have been present in video games from the start, and it was gaming’s growth from niche to mainstream in the 2000s that helped push game mechanics into new industries and fields. Video games were in 68 percent of U.S. households in 2009. By summer of 2010, the gamification boom had begun. 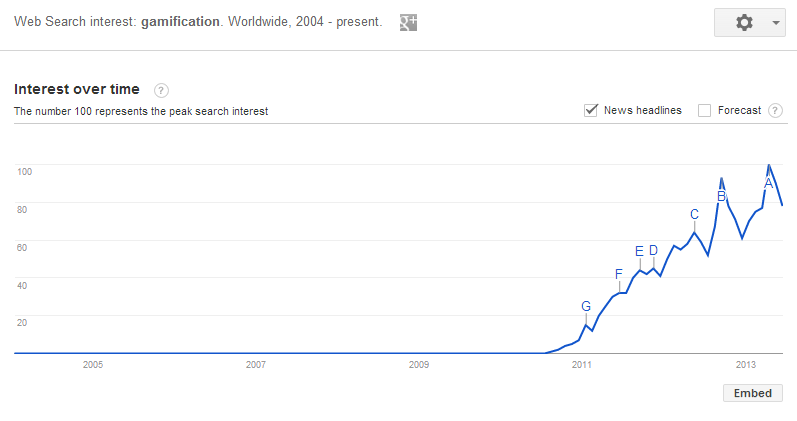 The spark for the gamification boom is often traced to technology apps like Foursquare, which popularized ubiquitous badges for highly engaged users, and social games like Zynga’s FarmVille, which achieved huge commercial success on Facebook with its infinite reward system. The approachability of these services and games, coupled with the proliferation of gaming, helped gamification extend beyond video game culture and into the general consciousness.

Gabe Zichermann, author of Game-Based Marketing and CEO of Gamification.co, believes the success of Foursquare and Zynga and the effectiveness of gamified marketing helped the new idea flourish. Gamification became a new way to reach a new generation.

“People today are seeking more reward and more engagement from experiences than ever before. The younger generation — the millennial generation and younger — is more game-attuned than previous generations.”

Why our brains are so attracted to playing games

As 211 million Americans can attest, playing games can be a blast. There are specific biological and psychological reasons why.

The science behind video game enjoyment centers on a pair of body chemicals, endorphins and dopamine, which are responsible for feelings of pleasure and well-being. These chemicals are abundant during positive game-playing experiences.

Endorphins power our love for games

“The feeling of satisfaction, success, achievement or victory which (a) game provides can actually trigger the release of endorphins in the brain, which make the player feel better about themselves.”

Endorphins are commonly associated with moments of euphoria or intense activity. You might be familiar with the endorphin rush, a bump of good vibes, from a good workout. These brain chemicals actually come from a variety of factors: stress and pain are among the most common. Endorphins help the body reduce the perception of pain and manage stress more effectively, much the same way that drugs like morphine and codeine affect the body. Endorphins make it easier to enjoy yourself.

Dopamine is the trigger

In a similarly compelling way, dopamine encourages play by serving a role as the brain’s gatekeeper for reward and exploration. Neuroscientist Jaak Panksepp explains dopamine this way:

(Dopamine is) the brain’s “seeking” circuitry, which propels us to explore new avenues for reward in our environment.

Dopamine, which is often associated strictly with pleasure, has a much more complex role in the body. Research by Dr. John Salamone showed that dopamine’s role is multi-faceted and includes not just pleasure but also motivation. 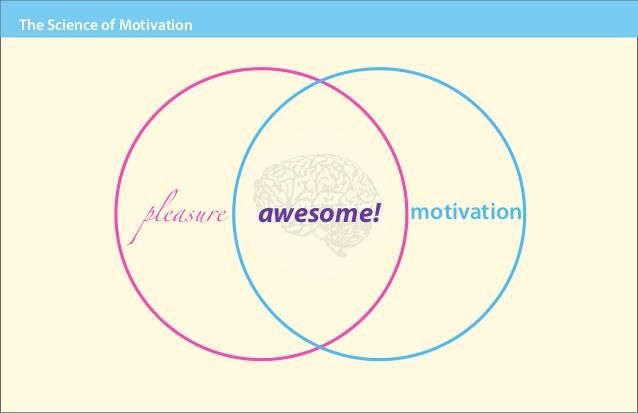 According to Salamone, without dopamine, we may forego the pleasurable because we are not motivated to do so. He studied this effect on rats, discovering that a group with low dopamine levels chose nearby, smaller portions of food rather than larger portions that were behind an obstacle. The high-dopamine group chose the larger portions.

Motivation’s impact on productivity is clear. Annie Kuszewski, a cognition expert, claims “motivation is the single most important factor in learning and changing behavior,” and dopamine may be the key to unlocking it.

Beyond the biological science of gamification, there has been significant research into the psychology of what makes games fun. What triggers our emotional connection? What makes us euphoric? What hooks us, keeps us coming back for more?

Nicole Lazzaro, founder and president of XEODesign, has some of the greatest insights into gaming psychology that I have found. Her discovery is based on observation of actual gamers, studying their facial expressions and reactions during gameplay. Based on the results, she found that there are four keys to having fun with games. 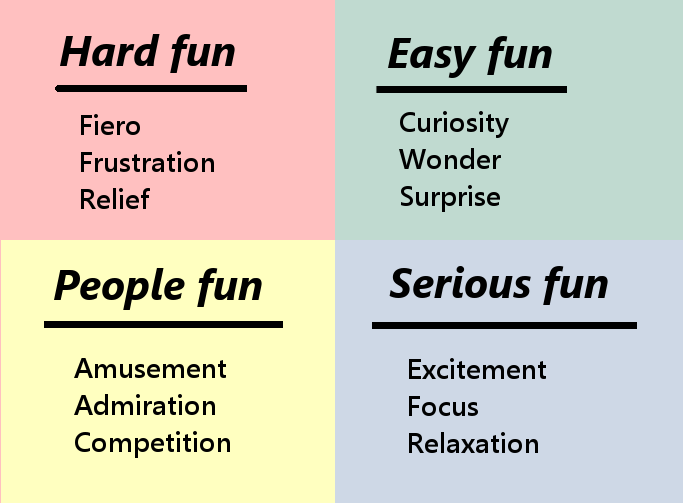 Combining all four elements into a game experience can lead to deep engagement. And when you add to the improved mood from endorphins and enhanced focus from dopamine, the recipe for gamification success becomes apparent.

4 of the most successful ways to gamify your life

With Nicole Lazzaro’s four keys to fun in mind, you can take a repetitive, everyday task and turn it into a gamified pleasure. Not all four elements need to be present in order to thrive, either; there are many different implementations of a gamified life. Here are a few that I have found to be most interesting and applicable.

Productivity often ends at the inbox, which is why gamifying your email lifestyle could be key to unlocking gobs of efficiency. Enter the E-mail Game. Similar to apps like Mailbox, the E-mail Game gives you options for replying, forwarding, skipping, and postponing the messages in your inbox, adding a gamification layer of points and time to the equation. The faster you are at reading and replying, the more points you receive. 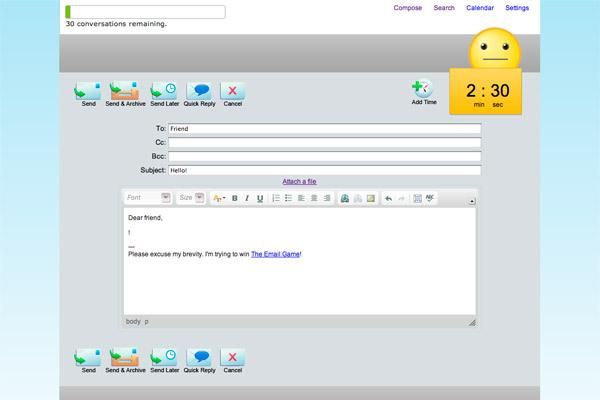 Creating a to-do list is a great start. Gamifying your to-do list with an enticing points system is a great addition. Services like Todoist introduce game structure to crossing things off your list. I got 500 points for writing a rough draft of the post you are reading now. That motivated me to finish.

3.) Get your health on track

Where to begin? There are scores of health and fitness gamified apps on the marketplace—everything from running with zombies to competing against friends. A great place to start your gamified fitness journey is at Fitocracy, which is a fully-featured (and free) site that helps you track workouts and gain points and levels.

Gamified fitness services have the added benefit of meeting the elusive Serious Fun element of Nicole Lazzaro’s gaming psychology. The reward is your health. What can be more valuable than that? 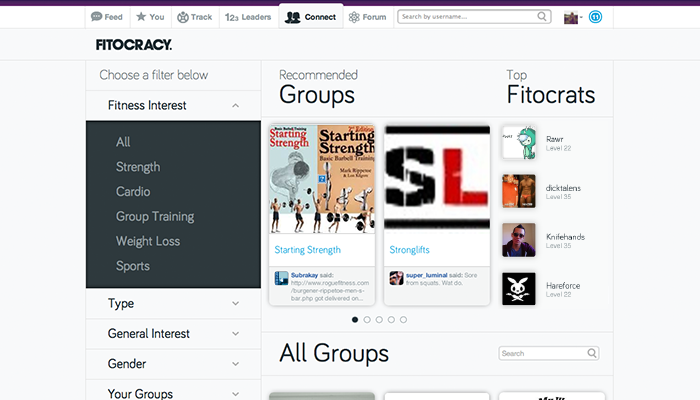 A classic points-and-reward system is perhaps the most common implementation of gamification into everyday life. Alexander Kalamaroff of Lifehacker share his process for gamifying his life, a process that can be broken down into these five steps:

A website like Habit RPG can help organize your goals and rewards. Since the gamified system is yours to decide, you have the opportunity to implement as many of the four keys to having fun with games as you can.

Turn the tiniest moments of everyday life into a game

Not every game comes with a black-and-white level-up system. Some games are simply intended to be fun, and often those are the ones that bring you back for more.

The same can be used in your daily life. Steve Kamb, author of the Nerd Fitness blog, uses gamification in spades. Here are three of his most interesting applications.

Pick a song, any song

Songs are the perfect length to boost productivity—three minutes of challenge or reprieve, and you’re off! Steve uses the song game to speed up his showers; he starts a song when he climbs into the shower and must be finished before the song ends. For tasks like chores, you can talk yourself into working for the duration of a single song. You may find yourself working long after; you just needed a jump start.

Video gamers spend an inordinate amount of time waiting for games and matches to load. Can you make a game out of the waiting? Steve exercises while he waits: push-ups, squats, planks, etc.

I practice a similar tactic while watching hockey. During breaks in the action, I pump out as many push-ups as I can before the puck is dropped again. It would work for commercial breaks during football, basketball, and baseball, too. We all know there are plenty of those.

To take the tedium out of grocery shopping, turn it into a game. Steve awards himself points for purchasing healthy foods and subtracts points for unhealthy foods. Try doing the same, and then compare your lists at the end to see if you came out on top or not.

Another layer to the Supermarket game is speed. How fast can you shop for a week’s worth of groceries? My record time is 10 minutes, 15 seconds, door-to-door. Can anyone beat that?

Have you gamified your life yet?

Type A personalities, the go-getters who eat productivity for breakfast, likely do not need gamification to get motivated. But for the rest of us? The extra incentive is a wonderful motivator. As gamification grows in popularity, its tools and resources will continue to expand along with it. Analysts predict that by 2020, 50 percent of companies will use gamification in their new innovations. Already, there are scores of apps with specific uses in a gamified life, and websites will continue to embrace leaderboards and levels to encourage users to engage.

How about you? What types of games do you play? I am always up for a new challenge.

Kevan Lee has been crafting creative content since 2008. He writes about health and nutrition for his day job and blogs about sports and whimsy for his hobby. Get in touch with him on Twitter.