In February 2018, Twitter updated its rules to prohibit sharing tweets that are identical or substantially similar to one another.

Before this rule change, re-sharing top tweets (sparingly) was one of our favorite strategies for increasing our Twitter reach and engagement here at Buffer. And while it was a shame to forgo this strategy, we understand the rationale behind the new rules and are fully supportive of them.

So, rather than dwelling on what used to work, we started searching for other strategies to try.

Coming up with the experiment idea (and testing my theory)

After Twitter had made its rule changes, I noticed that Matt Navara and a few other accounts had started retweeting their own tweets as a way to boost top posts.

This made me wonder if retweeting my own top tweets could be a good way to increase my reach and engagement on Twitter.

According to my Buffer Overview Report, my tweets in June received, on average, 2,356 impressions, 93 engagements, and 30 likes. Whereas this particular tweet received 9,697 impressions, 203 engagement, and 94 likes after I retweeted it:

I saw the same pattern with several more tweets too. And as this strategy worked amazingly well for my personal account, I wondered if it would also work for our Buffer Twitter account.

So with my teammate, Bonnie’s help, we ran a more formal experiment with our Buffer Twitter account…

The goal of our experiment is to see if retweeting our best-performing tweets could become part of our Twitter strategy. We had two success criteria:

We had a very straightforward plan:

We started the experiment in June and concluded it in July. Over the period of about a month, we retweeted 10 of our best-performing tweets. And we are very excited to share the results!

A quick note about retweeting

You could technically undo a retweet and retweet it again (by clicking on the retweet icon twice). I do not have any conclusive evidence that this is beneficial and am not certain that retweeting multiple times is what the Twitter team had intended for that feature.

I think it was a resounding success!

(We didn’t get many replies for these tweets both before and after retweeting them. I thought I would mention this for completeness.)

Besides the increase in reach and engagement, we were also glad that our followers seem to have found the retweets of our own tweets acceptable. (Or perhaps they just didn’t voice their objections. If you saw our retweets and have an opinion, we would love to hear from you!)

Overall, the experiment validated the idea of retweeting our best-performing tweets to boost their reach and engagement, and we’re excited to integrate this into our Twitter strategy going forward.

How to retweet optimally

There are two ways to retweet optimally. When I say “optimally”, I mean retweeting your top tweets at the right time to obtain the best result.

The easier and better way, in my opinion, is to use Buffer. With a combination of the analytics in Buffer and our browser extension, you can quickly identify the best tweets to retweet and schedule them for the perfect time.

Once a week or once every few weeks, go to your Posts Report in the analytics section of your Buffer dashboard. (This feature is available on our Pro and Business plans.)

Your Posts Report will first show you your recent tweets, with the latest tweet at the top. You could scroll down and identify your best-performing tweets with a “TOP TWEET” label. An easier way is to click on the “Most Popular” filter, and we’ll show you all your top tweets in the past 90 days in the order of descending performance.

If you are on one of our Business plans, you can adjust the timeframe in the upper-left corner.

Next, click on the timestamp of the tweets you want to retweet. The tweet will be opened in a new tab.

Then, with the Buffer browser extension installed, you’ll see an additional Buffer button at the bottom of the tweet. Click on it.

You’ll see the Buffer composer with a preview of the tweet you want to retweet. You could add a comment to the retweet but for this purpose, we just want to retweet the tweet. So select the right Twitter profile and hit “Add to Queue”.

A quick note about timing

Also, you’ll want to space out your retweets with your usual tweets. This is so that you are sharing a mix of regular tweets and retweets, and not a burst of retweets in between regular tweets.

The helpful thing about using Buffer is that you can schedule retweets in advance without having to wait until a particular day before you can retweet a tweet. If you have found your best times to tweet and added them to your posting schedule, your retweet will be published at one of your best times.

My other favorite advantage is that you can easily rearrange when your retweets will be published (or tweets retweeted), along with your other scheduled tweets.

If you don’t use Buffer, no worries. This can be done manually through Twitter, too.

Twitter will show you your top tweets in order of descending impressions for the past 28 days. If you wish, you could adjust the timeframe in the upper-right corner.

Click on the timestamp of the tweet you want to retweet. A good rule of thumb is to pick tweets with a high engagement rate.

(Note: You have to click on the timestamp. Clicking on anywhere else will only bring up a window of the tweet’s activity)

The tweet will be opened in a new tab. Click on the retweet icon, and you’ll be asked if you want to retweet that tweet to your followers. Select “Retweet”.

The tweet will be immediately retweeted so you would want to time your retweet. Try to wait a few days or weeks from the day that the original tweet was published and preferably choose a different time from the original published time.

If you wish to schedule your retweets, we would love for you to give Buffer a go. Here’s a 14-day free trial.

Over to you: What do you think of this strategy?

Whilst we loved re-sharing our top tweets, it’s best to avoid doing that now since Twitter has updated its rules. The next best alternative we have found is to retweet your top tweets. A simple, well-timed retweet can increase the reach and engagement of your tweets, without annoying your followers. This is a strategy that few brands are taking advantage of right now. So I would recommend experimenting with this and see how well it does for your brand (especially before this becomes a common practice!)

Let us know how it goes for you? ?

(If you disagree with this practice, we would love to hear from you, too. It’s always helpful to have thoughtful discussions, and we can learn together.)

More than 45,000 marketers and small business owners subscribe to our newsletter to receive our blog posts and exclusive email-only content. 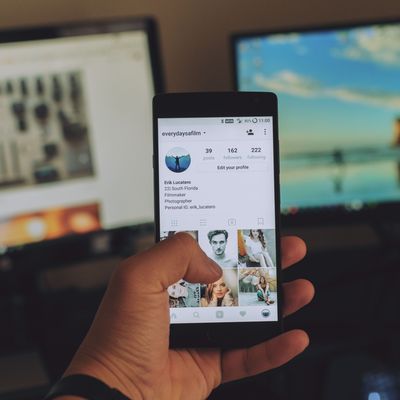 Getting Started with Instagram for Your Business: 8 Simple Steps