“I’m not really a creative person”, always struck me as an odd sentence. Could it really be that some of us are born to be more creatively gifted than others?

If so, I thought at first, that’s definitely a downer. In school, what was considered “being creative”, like writing or drawing nice pictures was never my strength.

It bugged me for a while I have to say. For today, I finally decided to research and read up on the latest studies of creativity and the science behind it. The truth, which I was very happy to discover, is that any and everybody is creative. In fact, we are all extremely creative.

And the following science will hopefully prove it, in case you ever had any doubts about your own creativity. After all, creativity, at its very core, boils down to this:

“A creative idea will be defined simply as one that is both novel and useful (or influential) in a particular social setting.” – Alice Flaherty

This applies to every field Flaherty explains, including programming, business, mathematics together with the more traditional “creative” fields, such as music or drawing. And yet, there is still a very distinct process behind it:

Our brain on creativity: The example of free-style rap

So, what is actually active in our brain when we are doing something creatively? That’s always been extremely hard to track as creativity has always been considered a very vague activity. Until recently researchers Allen Braun and Siyuan Liu had a genius idea: Track the brain activity of rappers doing freestyle and turn it into a research study.

Free-style rap is a great example of a creative process that is both relatively easy to track and can be translated into lots of other areas. What they found was fascinating. When we are being creative, some of the everyday brain areas are completely deactivated, whilst others we don’t use in every day lives light up:

To make it a bit more understandable:

“We think what we see is a relaxation of ‘executive functions’ to allow more natural de-focused attention and uncensored processes to occur that might be the hallmark of creativity,” says Braun.

So, the areas in our brain, that we use to make decisions is largely inactive. The “medial prefrontal cortex” area, which is responsible to learn association, context, events and emotional responses however was extremely active on the other hand. This graphic of brain activity probably describes it best:

The reason the above is so fascinating, is that for the first time, there was an activity, that was deeply creative and also fairly straightforward to measure. When I read through some other studies measuring brain activity, it never felt that the people were performing something actually creative.

So it makes a lot of sense to substitute free-style rapping for writing, drawing, solving programming problems and more mentions Braun. That’s why this example is so great. It is also similar to our brain activity whilst we sleep.

Why do we have great ideas in the shower then?

The fact that free-style rapping shows us a high level of creativity, still doesn’t explain why great ideas happen in the shower.

Alice Flaherty, one of the most renowned neuroscientists researching creativity has an answer for us. Another ingredient, that’s very important for us to be creative is dopamine: The more dopamine that is released, the more creative we are, she says:

“People vary in terms of their level of creative drive according to the activity of the dopamine pathways of the limbic system.”

This graphic shows beautifully how dopamine gets taken up by certain brain areas which then get increasingly active and trigger more creative wanderings:

Typical triggers for events, that make us feel great and relaxed and therefore give us an increased dopamine flow are taking a warm shower, exercising, driving home, etc. The chances of having great ideas then are a lot higher.

Still, that’s not all there is to it. Dopamine alone, which gets triggered in hundreds of events, where we aren’t very creative, can’t be the only reason. Another crucial factor is a distraction, says Harvard researcher Carson:

“In other words, a distraction may provide the break you need to disengage from a fixation on the ineffective solution.’’

Especially if you have thought long and hard all day about a problem, jumping into the shower can turn into what scientist call the “incubation period” for your ideas. The subconscious mind has been working extremely hard to solve the problems you face and now that you let your mind wander, it can surface and plant those ideas into your conscious mind.

Lastly, after you have received an influx in dopamine, can be easily distracted by an extremely habitual task like showering or cooking, a relaxed state of mind is absolutely important to be creative, says Jonah Lehrer:

“Why is a relaxed state of mind so important for creative insights? When our minds are at ease–when those alpha waves are rippling through the brain–we’re more likely to direct the spotlight of attention inward, toward that stream of remote associations emanating from the right hemisphere. In contrast, when we are diligently focused, our attention tends to be directed outward, toward the details of the problems we’re trying to solve. While this pattern of attention is necessary when solving problems analytically, it actually prevents us from detecting the connections that lead to insights. ‘That’s why so many insights happen during warm showers,’ Bhattacharya says. ‘For many people, it’s the most relaxing part of the day.’ It’s not until we’re being massaged by warm water, unable to check our e-mail, that we’re finally able to hear the quiet voices in the backs of our heads telling us about the insight. The answers have been their all along–we just weren’t listening.”

So this seems to be the magic combination: If you are in a relaxed state of mind, easy todistract and full of dopamine, your brain is most likely to give you your best, most creative ideas.

3 most successful ways to capture your creative spirit

From all the research I have read, this is the most important thing to take away I found: Every day, everyone of us is extremely creative. The trick is not to optimize for how to spark your creative spirit. The trick is to make sure you capture it, whenever it happens.

Instead of looking for better ways to brainstorm or otherwise come up with ideas, the key is to not let go of the tiny, fragile ones, once they enter our heads.

Here are some of the best ways that some of the most successful people manage to capture their ideas:

1. Keep a notebook with you at all times, even in the shower

This is by far, the most successful technique to capture more of your creativity every day: a simple notepad. What is extremely difficult, is to keep a notepad with you at all times. If even Richard Branson forgets ideas as quickly as they enter his head, how can we expect to be any different. For that exact reason writing everything down, even if doesn’t seem that important at the time is absolutely crucial says Drew Hansen:

“Don’t judge [your ideas] at this stage, either. There’s a reason they occurred to you this way.”

With that, the emphasis really lies on “all times”. It is easy to bring a notepad to the office or have it lying on our desk. Yet, that’s not when our most creative moments happen. Here are some of the areas where we typically forget to keep a notepad:

These are some of the most typical activities where our creative moments happen, capturing them then and there is absolutely crucial. As for the shower, don’t worry, I recently discovered Acqua notes as a great way to capture your ideas:

Similar to what Shelly Carson from Harvard called “the incubation” period, I’m using a technique that has greatly helped me to capture this. I call it the “outer-inner” technique.

I generally start my day with the most important task for Buffer in the morning. Say this is a blogpost:

I will do all the research, jot down notes into my word editor and not worry at all about the actual blogpost. That is the first outer task. Then I have a few inner task follow. I will respond to emails, might have a brief chat with the team and do other tasks. Then, towards the end of my day, I get back to the second half of the outer task. I would sit down and then actually write the article, edit pieces and put into publishable form.

The amazing thing that happens is that even I don’t work on the blogpost during my inner tasks, my subconscious brain does. It will do all the work, and then gradually present the solutions to me when I get back to working on it later on.

Another very well researched technique is to overwhelm your brain. Have you ever started to work on a task, where you quickly realised was insanely hard and you will most likely fail solving it? Keep working on it says Robert Epstein.

If you are a programmer, try to solve something you’ve never attempted before and always thought you can only do a lot later in your career, as a writer, write a piece longer then you think you can write. Your brain will be put in a shock situation and naturally engage more of your creative area then it normally would. And although you might not succeed at the task at first, you will find that other tasks will come a lot easier through your increased brain activity then.

Quick last fact: “The left side of our brain manages creativity” myth

Ever since I went to elementary school, I was taught that “For creativity, use your left side of the brain!” Fortunately, that is not at all true:

“In the 1970s, based on studies of split-brain patients, the idea that the right hemisphere “controlled” creativity became very popular, especially in the public’s imagination. This model is now considered overly simplistic and outdated.”

Instead, creativity happens in multiple areas all across our brain, best aligned with the 3D model you can see above.

I tried to bust as many of the common myths around creativity above as possible and I’m sure there is lots more that you’ve discovered in the past! What are your best tips for working creatively? I’d love your thoughts in the comments.

Editor’s note: This article first appeared on the Buffer Social blog on Feb 28, 2013, and has since been moved here to the Open blog. 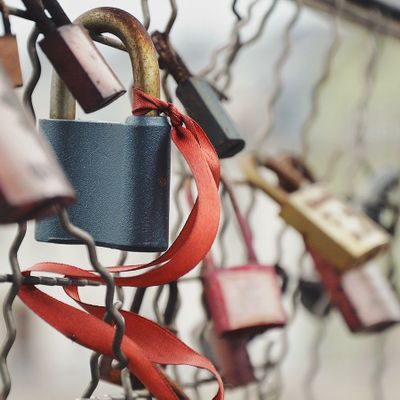