It’s 5:02 a.m. on Friday as I am writing this. The dog is on the floor licking…something (he likes to lick a lot!) and my wife is asleep beside me in bed.

• How about Facebook? Someone else got engaged. Yay for them.

Then I opened up the Buffer iPhone app (forgot I even had that installed).

When you are looking for mindless wastes of time, you get desperate.

That’s when I ran across the analytics section of the app and had a light bulb moment.

See, writing has been harder lately. I’ve still been ‘hitting publish’ twice a week but it’s been a struggle.

There have been two core issues:

After spending 15 minutes in the app, I realized I could see the exact topics that my readers are interested in by looking at what they interacted with on social media.

Most of the tweets on my personal account get 3-5 clicks. They might get a retweet or the occasional favorite or two.

While I was thumbing through the analytics in the app, I ran across several anomalies.

Some of my Tweets were 5-10x more popular than others.

While most tweets got 3 clicks others received 15-30.

Here is an example:

The lightbulb moment was this: These traffic engagement spikes validate that my audience is interested in reading about this topic.

So, if I write a post about this subject the chances of it getting traction are high.

Just schedule tweets in Buffer about topics that you THINK would be popular and measure the response.

The exact workflow to do that

It would show you examples of 20 Facebook ads and break down the posts into a simple framework so you could create effective ads yourself.

It would also include a gigantic swipe file of 200+ Facebook ads as a giveaway.

But, what would it look like to validate that post before I spent all that time to write it?

I put together a video showing you this process.

If there is above average interaction (2-3x normal), write the post.

If not, reform the question, pick a different headline and Buffer it again.

Do this 5-10 times until you find the right ‘hook’ to form the post around.

As soon as you see a spike in interactions, start writing.

2. Ok, great. But how do I write the freaking post?

Now you have a headline and are reasonably confident your audience will resonate with it.

But you still have a problem…writing the actual post.

As soon as you start to try to write, everything freezes up.

How can you fix this?

If my wife asks me “Bryan, why do you think most people never act on their ideas?”

I would answer in less than 5 seconds with at least 3 minutes worth of dialogue.

No prep. No outline. No research.

However, If I were trying to write an article entitled “The 7 Reasons Your Idea Will Never Become A Business”

There is something fundamentally different with writing about a TOPIC as opposed to answering someone’s specific QUESTION.

What if instead of writing ‘blog posts’ you just answered questions.

Then format those answers into blog posts.

How do you turn a topic into a question?

Let’s use the tweets that I found in Buffer analytics and try spinning it into a question.

“What was the biggest influence in quitting your job and starting your own business?”

“Is there a single thing you could identify that gave you the kick the butt to quit your day job?”

I can answer that!

To take it one step further I went to Quora to try to find an actual person with that exact problem.

Example question I found on Quora

Note: I’ve found that the more specific the person is and the more real they are in my head, the freer the words flow.

The absolute easiest way is to have an actual person ask you the question. However, answering peoples questions online can work just as well.

Now that I have a question how do I start writing?

Next, have your wife or roommate ask you the question you came up with in the last step.

Just have a normal conversation about the topic. Give your answer, ask for questions and then answer those too.

Take all of the audio you just recorded and write it down word for word into a Google Doc.

Step 3: Pretty it up

Edit out all of the “umm’s” and “ahh’s” and format it so it looks pretty (I’d suggest grabbing this $3 book to help you with that).

Include pictures to further describe the question.

Pro tip: If you don’t need pictures to describe what you are discussing in your post, go deeper until you do.

Here is a simple process I use for coming up with headlines:

Proof it and hit publish.

I wanted to test this workflow on someone else

So, I enlisted Videofruit intern AJ and asked him to “answer a question” about a recent project he completed.

Instead of asking him to write about it, I flipped on my webcam and started recording.

Here is the raw footage:

Then he transcribed the video and cleaned it up. (see the transcription)

Next, he read this book and went through a short copywriting course.

He was able to go through the transcription and rearrange it to a blog-post-friendly format.

Then he brainstormed 5 headlines using the method I

He spent a total of 2 hours writing (and 3 hours on learning about copywriting).

This is the first draft: How to create a logo if you suck at design

Not bad for the first time to ever write a blog post.

Wrapping it all up into a pretty package

That’s a lot of stuff, so let’s review what we’ve learned:

I have used the “record first” workflow for the past two weeks and it has been great.

It saves 1-2 hours per post and helps me to write even though I suck at writing.

PS: Do you have a writing hack that you use? Share it below. I need it!

This post originally appeared on Video Fruit. Check out the Video Fruit blog for tons of great articles on video, content, and marketing. 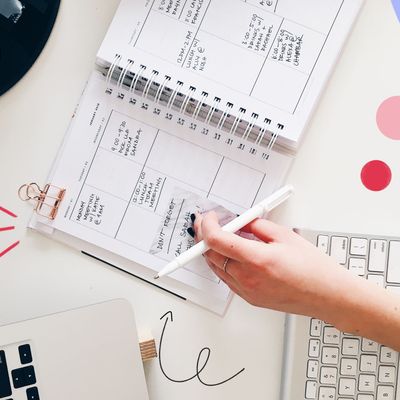 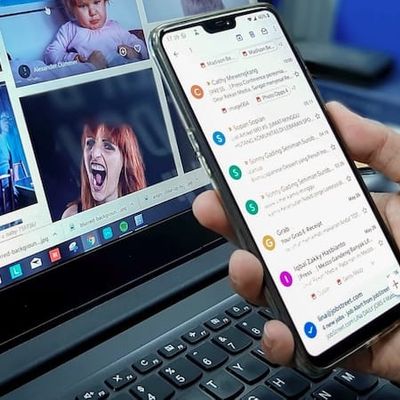 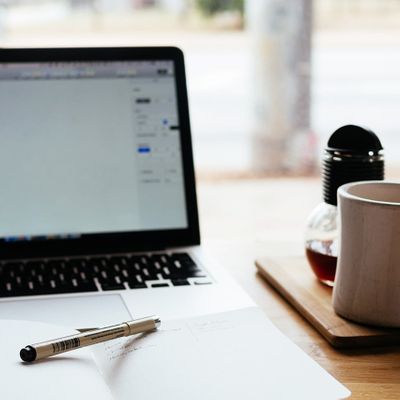 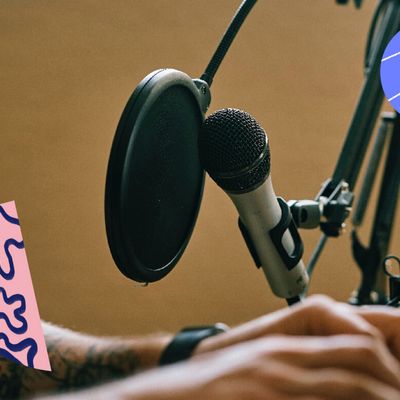 Podcasting for Beginners: The Complete Guide to Getting Started With Podcasts