This is a guestpost by Iris Shoor, co-founder and VP Product and marketing at Takipi, more about Iris at the bottom of the post.

If you think about it, each one of us has different natural and acquired capabilities. Some of us learn new languages quickly, some are more social than others while some remember the face of each person they’ve come across. These strengths determine how we think and make decisions. Yes, this is probably obvious – different people think in different ways.

And yet the consequences of this couldn’t be any more powerful: It means that people interpret what you’re saying in different ways, based on the way they think. To put differently: the important thing is not what you say – it’s what others hear. A truth Dale Carnegie knew a long time ago:

“There is only one way… to get anybody to do anything. And that is by making the other person want to do it” ~ Dale Carnegie

Communicating well with the people around us and managing to convince them is a daily challenge. Now, here’s an interesting paradox – while looking to convince others we rely on our own thinking tools and strengths. It doesn’t matter if you’re trying to persuade your manager to adopt a new idea, or your teenage daughter to take school more seriously. When we need to persuade others most of us focus on what we do best – some are very eloquent, others give great examples.

Now, switch chairs with your listener and ask yourself what his or hers strength. Sure, you take into consideration what’s important to them, but – how about understanding how they actually think?

To make the best out of this read, pick someone you work with, live or spend time with. Try to fit this person into the different thinking categories. You’ll find that you’ll be able to better understand their way of thinking.

Individual thinking vs. Group thinking – are you thinking about revolutionary ideas in the shower?

Think back for a second – where did most of your eureka moments occur? By yourself, in the shower, sitting silently at your desk or walking? Or maybe with other people, brainstorming with your teammates?

Identifying whether one thinks well by himself or as part of a group will uncover how that person makes decisions, and when he’s most productive. Do you need to start a conversation with him or her to spark their best ideas, or maybe it’s better to simply give them some time by themselves?

To quickly identify if someone thinks better individually or in a group, I ask two simple questions:

You’ll find out that most people will answer within a blink of an eye.

How to communicate better after identifying individual / group thinking-

In this fascinating article on the rise of the New Groupthink, Susan Cain deals with how society encourages working in groups while most people are more productive when working alone :

“What distinguished programmers at the top-performing companies wasn’t greater experience or better pay. It was how much privacy, personal workspace and freedom from interruption they enjoyed. 62 percent of the best performers said their workspace was sufficiently private compared with only 19 percent of the worst performers”

“Picture this” – Auditory vs. Visual thinking

Do you think mostly in words or images? When you observe a new product (like, say the new iOS 6) do you read about it first, or rush straight to the images?

In advertising campaigns, where convincing people is everything, you’ll always see both languages used together – strong copy which goes hand in hand with an interesting image. Some will remember what they’ve read, others will remember what they’ve seen. The segmentation between these categories originally came from researchers exploring different learning styles to improve the ways students are taught by understanding how different minds work.

How to identify if someone thinks in an auditory or visual way? I usually ask people to describe a certain event – like the last party they attended or the worst flight they were on. You’ll soon notice that some use names of people and places, times and phrases, while others describe an image – the size of the room, the colors and how people looked. Notice the different verbs they use. Auditory thinkers will tend to use verbs such hear, listen, explain. Visual thinkers are much more likely to describe a situation using see, look, watch. You can find out which category you belong to here.

How to convince better by understanding auditory vs. visual thinking

This picture was taken at my office this week : 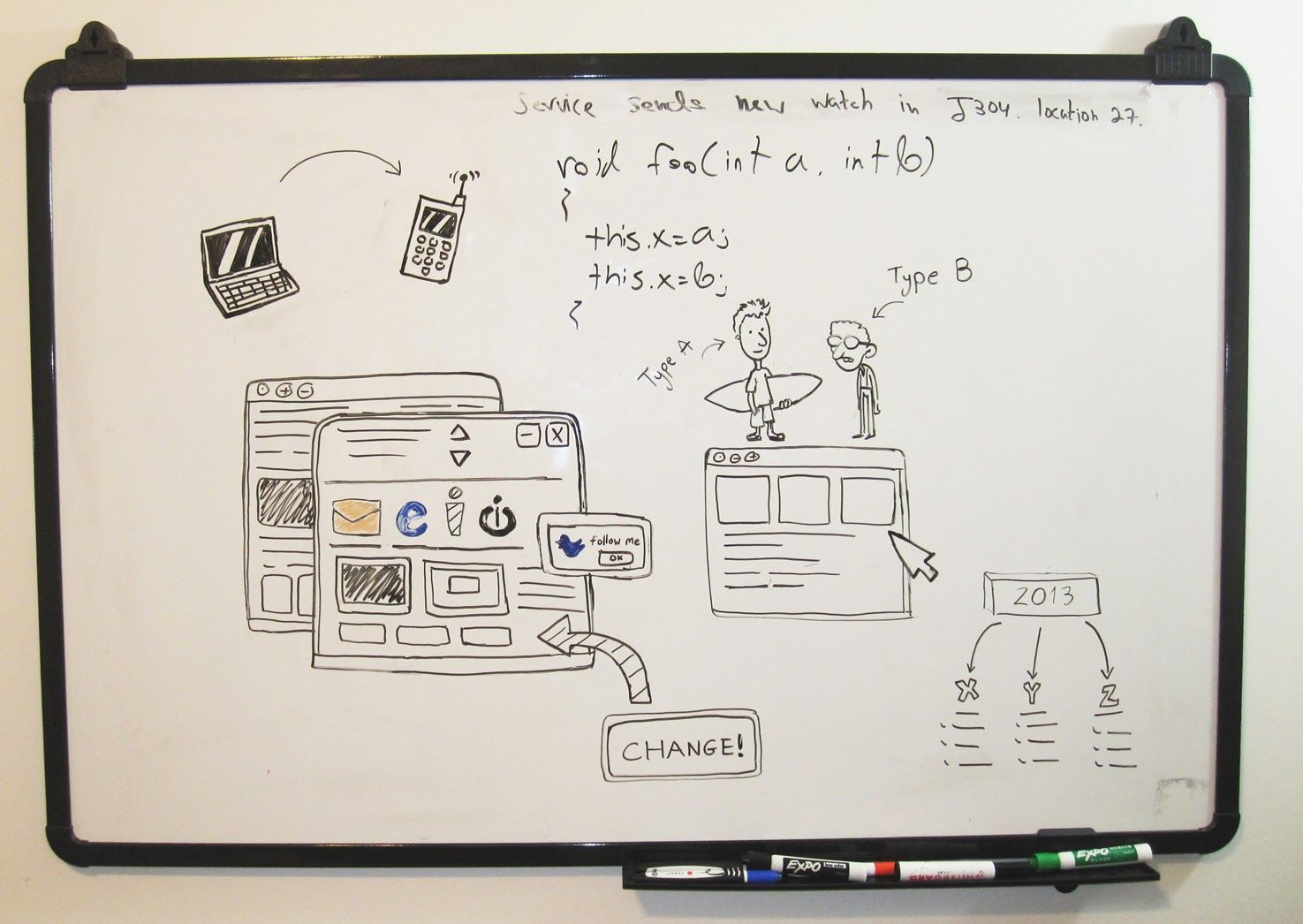 “Do you hear me?” Talkers vs. Listeners

Unlike others, it’s much simpler to recognize this pattern from the outside. Try asking people where they fit – the common answer is “both”. Talking vs. listening habits affect our state of mind while communicating and change how one absorbs what others say. When you talk, some find it very easy to concentrate, while others are more challenged by thinking of their response as you talk. While it sounds like listeners are your best audience, they have their downsides as well as they tend to focus too much on what you have to say, instead of giving their own feedback.

Try using some of these techniques today. Give someone an hour to figure out stuff by themselves, add some colors and vivid imagery to a description, or ask a listener what was his  or hers favorite part.

Iris Shoor is co-founder at Takipi, where she’s looking to improve the way developers work in the cloud. Previously, Iris was co-founder at VisualTao, which was acquired by Autodesk. You can follow her on Twitter @irisshoor and hit her up any time, she is a super nice person.