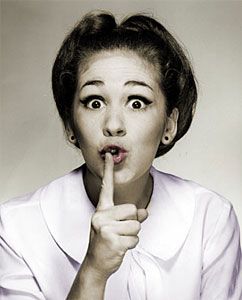 So, let me share the very first secret with you. I have nearly no insight or idea how SEO works at all. Whilst we have some insights into Twitter stats and analytics, SEO is new ground. This is why I said to myself, let’s go out there and talk to the best people in the industry. When I met with the guys from Single Grain last week, to speak about SEO for Buffer, they already blew my mind.

Recently, there was a fantastic video from Rand Fishkin explaining how Twitter can be used very directly to build up links and use it for SEO. Surprisingly, they are very straight forward to use and I have given an example for each one below.

1.) How Serendipitous Connections Can Help You Build SEO from Twitter Buffer this

The first and rather non-direct suggestion from Rand was to simply strike up conversations with lots of people. After you established a tight relationship, the probability of getting a link back from them to your blog or website in one of there blogpost is very high.

I had this happening to me a few times. In one example, a few months ago, I struck up a great conversation with Jesse Friedman (@Professor). A few weeks later he went ahead and wrote a full post on SearchEngineJournal about us.

A strategy that Rand suggests to us is to create content around “Top X Lists”. What this means is to find the best people from your niche and list them alongside their qualities and strengths. By linking to them afterwards you can build very powerful content and links at the same time.

This is a tactic I found to be tremendously useful. At the start of Buffer, when we had very little understanding on how Twitter works, I observed the best people out there as much as I could. When I summarized all my findings in one post talking about these 8 Top Twitter Mentors I Learnt From I could both deepen relationships and create good links.

3.) How To Build Twitter SEO by Helping Others Buffer this

A third strategy Rand mentions is to simply be very aware of the needs from your followers. If you are able to help them by answering questions or deal with tough problems, others are very likely to give you a link back to your site.

When Alexia Tsotsis from TechCrunch asked her followers, whether the new Twitter ads would bother anyone, I took a minute and replied to her. Luckily, she took the response and put it in her post on TechCrunch linking back to my and other people’s Twitter profile.

4.) Become a Story Teller To Build Links With Twitter Buffer this

I particularly liked this suggestion from Rand saying that one should become a story teller, curating interesting events from across the web. Using Apps such as Summify or Storify you can already do so very easily, but doing it manually can sometimes have an even bigger impact.

Someone who understands this technique incredibly well is Jeff Bullas. He is always the first picking up on events and packaging it in a great blogpost. When he curated 6 of the best infographics about Facebook I found this to be a great way to source content from across the web and turn it into a post and story.

5.) Suggest Links To Others On Twitter For SEO Buffer this

This is a very obvious and direct technique Rand suggests, so it is more important than ever to have a solid relationship established. Once you do and find a piece of content where you already have something written up about, go ahead and suggest them to link back to you.

Frankly, I don’t know. This is something I haven’t tried yet, but definitely want to look into doing it. Do you have experience with this technique yourself?

A technique to build links via Twitter that might not be that obvious is this one. Observe, which types of queries are coming up very often in your niche and produce a piece of evergreen content that answers this query perfectly. You can then Tweet it out, whenever someone asks.

Someone, whom I have seen excel extraordinarily well at this is Dave Larson from @TweetSmarter. Dave gets asked dozens of questions about Twitter every day. To make answering them easier, he has a set of great posts to quickly help out people looking for answers.

7.) Offer A Powerful Testimonial To Create SEO With Twitter Buffer this

A great technique Rand suggests is to offer others to give them an awesome testimonial about their App, Product or Blog. This is great, because it naturally creates a win-win situation for both parties. They have a great thing to put on their landing page and you can get a link back to your site.

This is the second item on this list that I haven’t actually tried yet. I definitely believe it could be very powerful. Have you tried hitting up one of your favourite Apps, Blogs or Companies and suggest an awesome testimonial because you love them?

8.) Create Biz Dev Deals With Other Small Business To Get Links Via Twitter Buffer this

As a final mention, Rand talked about how to build partnerships with other small businesses in the same space to support each other. Twitter is particularly a great way to kick off conversations and get these deals in the pipeline.

A wonderful App we have partenered with here at Buffer is StrawberryJ.am. And surprisingly the first contact between Dennis and me was actually made through Twitter. We have gone a long way so far and you can read up on our partnership here on ReadWriteWeb.

Want to hear the insights from Rand himself? Here you go:

Since SEO is brandnew to me, I was very thankful for this amazing video Rand did. You can check out what he does on Twitter or read more on the SEOmoz blog about the latest link building and SEO tips.

What is your experience with Twitter and SEO? Do you think Rand’s tips can be useful for you too?