Ever notice how some people will follow back anyone that follows them first?

It might have got you thinking: “If I did that, wouldn’t I get more followers?”

Yes, sometimes you will. But once you become known as a “followbacker” (rightly or wrongly) it’s unlikely that the right kind of people will begin following you.

And that’s not the only downside of this dangerous tactic.

Here are the four worst things that can happen to you if follow back everyone that follows you:

4. Your DM spam could go way up

A typical tactic is to follow you, then unfollow after a set waiting period—hoping you won’t notice, and will still keep following them.

And DM spammers love to find people who follow everyone back. The amount of spam you get will go way, way up if you become known as a followbacker.

But one of the worst problems is that tons of services track people suspected of being “followbackers.” And then what happens is…

I’m not kidding: Once you become known as a followbacker, a follow-back broker can add you to its stable of accounts for sale to people buying followers.

You’ll never know that they have begun making money by selling you as someone that will follow back. It’s one of the top tactics used by websites that claim to sell Twitter followers.

Even if you don’t ever say in your bio or tweets that you follow everyone back, if spam or follow back services test your account and find that you do, you’re at risk of being added to these lists.

Believe me, I’ve seen this time and time again. Lot of people have quit Twitter after building a large following using auto-follow back. It can really, really make your life miserable here.

Even Chris Brogan, the author of a New York Times bestseller on social media threatened to quit Twitter if they wouldn’t let him unfollow everyone!

Chris said that because he had become known as a followbacker (he used to recommend doing it) the people he followed were spamming him relentlessly. He said either he would have to be allowed to unfollow everyone, or he would quit Twitter. (He unfollowed everyone.)

Many other top users who became known as followbackers also eventually unfollowed everyone and quit following everyone back.

“Using or promoting third-party sites that claim to get you more followers, such as follower trains, sites promising ‘more followers fast,” or any other site that offers to automatically add followers to your account.”

So be very careful if tweeting about sites that claim to help you get followers. If you tweet about them, or if they use your account to send tweets promoting their service, you could be suspended.

Some of these promote themselves as “networking hubs” or something similar, and suggest listing your account as a kind of advertisement. Others are more straightforward and admit they’re only there to link you up to accounts that will supposedly follow you back.

No matter how they promote themselves, if there is any language about “getting followers” rest assured that you could be risking your account by participating with them.

However: Be very careful where you list your account. I’ve seen listings of Twitter accounts change their rules, and become follow-backer directory types in order to make money.

Two good directories that I recommend listing your account in: Twellow and WeFollow. They simply make it easy to find users that match certain criteria. Also, many Twitter bloggers make short lists of quality people they recommend checking out—and you should too!

There are other sites that are specifically for finding other Twitter users. If they have a pay-per-use business model, it leads users to only engage with others who will follow them, since it costs less the more people follow you. You might want to skip them – the quality or type of users you meet when money and following are linked is not necessarily the best.

Bonus: Is it ever okay to follow everyone back? 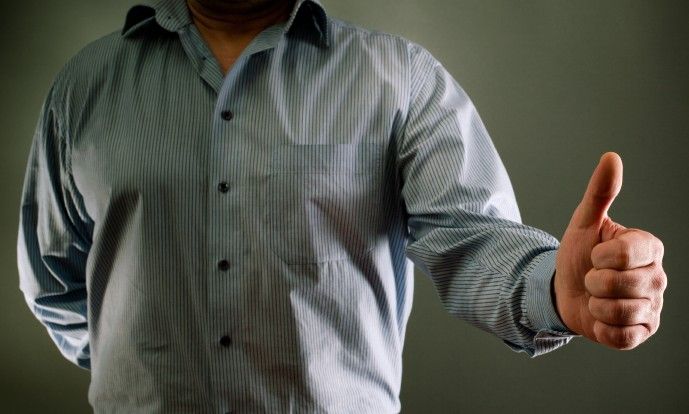 If your account is being promoted to a group of quality users you want to connect with, you might want to briefly use an auto-following service such as provided by SocialOomph.

A Straightforward Approach to User Generated Content that Connects