When I wrote a recent post for Buffer titled 10 Simple Things You Can Do Today That Will Make You Happier, I didn’t even consider the possibility that striving for happiness might not be in our best interests. Who wouldn’t want to be happier?

Happiness isn’t all it’s cracked up to be

First of all, let’s look at the state of things as they are. We tend to pursue happiness as if it’s something attainable, something we should be aiming to achieve. In America and similar cultures, we’re pushed fairly insistently toward happiness from an abundance of self-help books, happiness coaches and marketing campaigns.

However, even living in a “happy focused” culture like America doesn’t mean we’re more likely to be satisfied with our lives. In fact, 4 out of 10 Americans “either do not think their lives have a clear sense of purpose or are neutral about whether their lives have purpose.”

Famous psychologist Victor Frankl said that “happiness cannot be pursued; it must ensue. One must have a reason to ‘be happy.’” He also said that our constant search for happiness is a problem:

It is the very pursuit of happiness that thwarts happiness.

A recent study actually proved this by showing that the greater emphasis it’s participants put on happiness, the less happy they actually were:

The thing about happiness is that it’s such an overused phrase and under-examined concept that we all have an idea of what it is and how it works, but this can lead us astray. We can see how dangerous our pursuit of happiness can be (as opposed to happiness itself, which isn’t necessarily bad for us) by looking at how scientists define it and how it affects us.

The difference between happiness and meaning

Heres the crux of this whole issue: happiness and meaning are different, and happiness without meaning really doesn’t lead to a great life.

Being happy is about feeling good. Meaning is derived from contributing to others or to society in a bigger way. source

So here’s what happiness is really like, according to some recent research: it’s about being a “taker” rather than a “giver.” It’s about satisfying your needs and wants, so people who are happy are usually in good physical shape and can afford to buy the things they need and want. They usually also have lower levels of stress and worry in their lives.

So essentially, we’re happy when we get what we want.

This is a problem only when our happiness outweighs the meaning in our lives:

Happiness without meaning characterizes a relatively shallow, self-absorbed or even selfish life, in which things go well, needs and desire are easily satisfied, and difficult or taxing entanglements are avoided. (source) 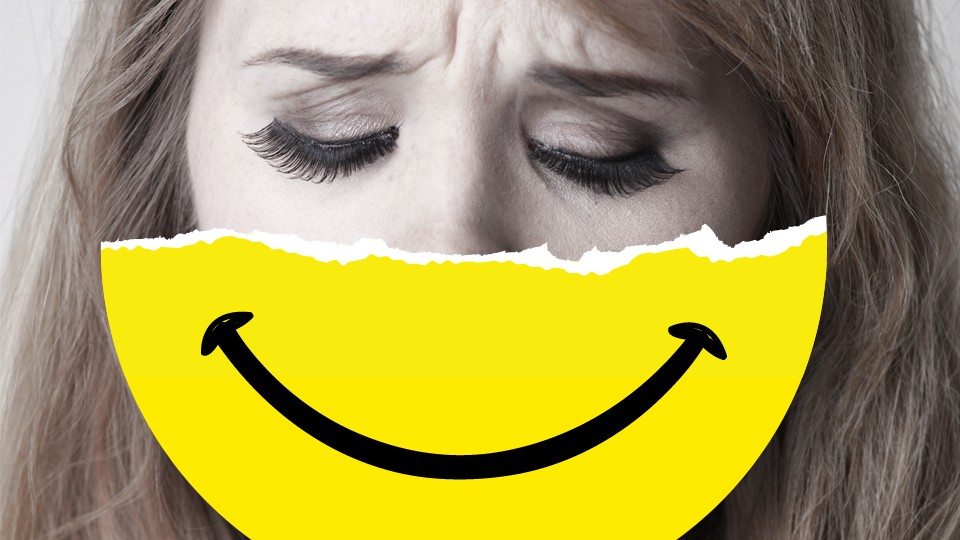 Meaning, on the other hand, is quite different. It’s focused outward, on others, rather than inward, on ourselves.

Partly what we do as human beings is to take care of others and contribute to others. This makes life meaningful but it does not necessarily make us happy.

Apart from just thinking about others more, we also feel more like our lives have meaning when we think more about the past and future, whereas happiness pertains to the present:

While happiness is an emotion felt in the here and now, it ultimately fades away, just as all emotions do; positive affect and feelings of pleasure are fleeting. (source)

Researchers found that people who focus on the present are generally happier, but those who spend more time contemplating the future or their past are more likely to feel meaning in their lives.

How pleasure related happiness can make you sick

So now that we know the difference between happiness and meaning, we can explore how they affect us biologically and what our optimal state is for both physical and emotional health.

Our bodies are good at protecting us from all the possible illnesses we could pick up each day. What’s interesting about the way this works is that our emotional state can push our immune system into two different kinds of preparation: one prepares to fight bacterial infections, the other, viruses.

Of course, this is a horribly simplified explanation of the immune system and how it works, but for our purposes we’re just looking at a small part of this that’s affected by the amount if happiness and meaning in our lives.

Essentially, your body is preparing to fight either bacterial infections or viruses. Bacterial infections are a bigger risk when we face long periods of adversity, whereas viruses are more common when we’re feeling well and interacting with lots of people. Our bodies take clues from the levels of happiness and meaning in our lives as to which kind of threat to prepare for.

A recent study published in the Proceedings of the National Academy of Sciences by Barbara Fredrickson and Steve Cole found that people who are happy but lack meaning in their lives show the same gene expression patterns as those who are struggling with prolonged adversity—their bodies are preparing to fight off bacterial infections. The problem with this is that if it continues in a prolonged state, it can increase the risks of major illnesses like cancer and heart disease, because the body is in a constant state of inflammation.

Frederickson said that the problem isn’t with being happy but with meaningfulness being outweighed by happiness. This is when we risk affecting our immune systems in detrimental ways.

And sadly, this is a fairly common state. People with high happiness scores and low meaningfulness scores formed 75% of the study’s participants. And only 25% actually had more meaning in their lives than happiness.

Clearly the optimal state we should aim for is a balance between the two. Without enough meaning in our lives, we can being ill, not to mention lacking in purpose and direction. Without enough happiness, however, we’ll become, well, unhappy. And who wants that?

Since happiness is more common of the two and the easiest to achieve (after all, it’s really just a matter of satisfying our needs and desires, remember?), let’s take a look at some ways we can add meaning to our lives.

Where to look for meaning in your life

I’m going to call on the work and words of Viktor Frankl to help us out here, since he really is one of the expert’s in finding meaning in one’s life.

In his best-selling book, Man’s Search for Meaning, Viktor detailed his time spent in a Nazi concentration camp and his secret to surviving the camp despite losing all of the family members he was imprisoned with. The secret was finding meaning in even the most horrific circumstances, which he said made him more resilient to suffering.

Viktor suggests three ways for finding meaning in our lives:

1. Create work or do a deed

When Viktor worked as a therapist in the concentration camps, he helped inmates to find meaning in their lives and bear their suffering. One example in his book is of two suicidal inmates who had lost all hope and could no longer find meaning in their lives. Viktor wrote that in both case he simply helped them to realize that “life was still expecting something from them.”

For one of the men, who was a scientist, he had a series of books to finish. This was what the future expected of him, and where he found the meaning to help him suffer through the camp.

2. Experience something or encounter someone

The second man had a young child who was living abroad in a foreign country during the war. This was what Viktor helped him realize would provide meaning to his life.

Viktor wrote that understanding how we are each impossible to replace will allow us to realize that we are fully responsible for our lives, and for continuing them.

A man who becomes conscious of the responsibility he bears toward a human being who affectionately waits for him, or to an unfinished work, will never be able to throw away his life. He knows the “why” for his existence, and will be able to bear almost any “how.” (source)

3. Choose the attitude you take toward unavoidable suffering

Unavoidable suffering is as it sounds: inescapable. We have to approach it one way or another, and the way we choose to do so can improve how meaningful our lives feel.

In Man’s Search for Meaning, Viktor wrote the following:

Everything can be taken from a man but one thing, the last of the human freedoms—to choose one’s attitude in any given set of circumstances, to choose one’s own way. (source)

He also offered this example of finding meaning in suffering:

“Once, an elderly general practitioner consulted me because of his severe depression. He could not overcome the loss of his wife who had died two years before and whom he had loved above all else. Now how could I help him? What should I tell him? I refrained from telling him anything, but instead confronted him with a question, ”What would have happened, Doctor, if you had died first, and your wife would have had to survive you?“ ”Oh,“ he said, ”for her this would have been terrible; how she would have suffered!“ Whereupon I replied, ”You see, Doctor, such a suffering has been spared her, and it is you who have spared her this suffering; but now, you have to pay for it by surviving and mourning her.” He said no word but shook my hand and calmly left the office. (source)

None of these suggestions are easy, but then the benefits of living a life full of meaning are unlikely to come from actions that are easy. We’ve got to put in the hard yards if we want our lives to be full of both happiness and meaning.

What do you think about this research? Have you found meaning in your life in other ways? Let us know in the comments.

P.S. If you liked this post, you might like 8 Common Thinking Mistakes Our Brains Make Every Day and How to Prevent Them and 10 Simple Things You Can Do Today That Will Make You Happier, Backed By Science.