Wow, how time flies! It’s been just over a year since we shared a behind-the-scenes look at Buffer’s social media strategy and stats

The feedback from the community on that post was amazing, and we learned so much from the comments, many of which ended up shaping future Buffer articles like “How to Create a Social Media Report and Explain It to Your Boss or Client” and “What $5 Per Day Will Buy You on Facebook Ads.

Since then, we’ve tried our best to learn about what’s working well for us on social media and what’s not. Some of these discoveries led us to change directions on particular social platforms, drop others entirely, and experiment with new ideas and strategies along the way.

Now that we’re nearing the end of Q1 of 2016, we thought it would be a great time to share our latest social media stats, what we’ve learned, and what our strategies look like for the future.

We’d love to hear your thoughts and ideas as we go along, too! We’re super excited to share our social media journey with you.

One of the most challenging things for us at Buffer is to truly measure how our social media is performing.

On one hand, there are quantitative data such as clicks and shares which is invaluable in gauging overall performance and on the other hand, there’s qualitative data that’s a little harder to measure. For example, determining the value of a comment compared to a like or a retweet compared to a share on Facebook.

Which raises the question: What should we be measuring and what’s not so important?

In hopes of answering this, we’ve found that it’s useful to start with what we want to achieve first, and then work our way back from there. That provides context around the numbers that are important to our marketing team and how we can go about measuring them in an effective way.

With that in mind, here’s a complete audit of our social media stats from February, including how we pulled the data, what we learned, and our strategy for the future based on the numbers.

We broke the 50,000 Fans mark on February 29th, and so we’d like to start by thanking our awesome Buffer community!

To pull a detailed report of our Facebook page performance we went to: Insights > Export > Page Data & Post Data.

After clicking “Export” users end up with a data sheet similar to this one: Buffer Facebook Page Data – Feb, 2016

We averaged 10 “Page Unlikes” Per Day.

Posts that contained “Links” accounted for 8/10 of our top-performing posts in terms of “Reach” with the remaining 2 being “Photos”.

What we’ve learned and our strategy for the future

One of the fun things that we like to experiment regularly with at Buffer is the number of times we post to Twitter each day and what sort of content we post. We call them growth hacks or mini-experiments, and it’s amazing to see how the data changes week-to-week, even day-to-day!

One thing to note is that we love to share content more than once on Twitter as the feed tends to move quite fast. We’ve found that we don’t see a huge drop off in engagement, even after the second or third share.

Garrett Moon of CoSchedule also found similar results and noted that when CoSchedule experimented with posting the same content multiple times to social media, he didn’t receive any complaints about the additional posts. In fact, sharing a variation of the same post three times in one week resulted in double the traffic to the website.

In a blog post on KISSmetrics, Moon explains: “Sharing more than once is an essential part of providing your audience with the value you promised them. If you don’t share your links a few times, they may never see any of your updates.”

In order to pull the data reports on our Twitter performance, we often love to use the analytics tool that Twitter offers, in particular, to get the impressions data for our tweets. To find your analytics report, head on over to the “Analytics” tab under your profile picture drop-down menu.

From there you’ll get a snapshot of the overall performance of your Twitter account. You may also dive deeper by exporting the data to Excel within specific timeframes.

We averaged 14.3 tweets per day, earning us:

What we’ve learned and our strategy for the future

Instagram is a channel that we’ve recently started to put a great deal of effort behind. We’ve found that it receives a slightly higher engagement rate per post (5–10%) as opposed to other mainstream social channels and it gives us an opportunity to give everyone a fun and unique look into our Buffer team and community.

In order to pull free reports on the performance of our Instagram account, we’ve had to get a little creative. Much of it requires manual labor like comparing follower growth counts week by week, determining the average number of likes and comments per post, and measuring traffic to our blog.

However, there are some great tools out there such as Iconosquare and Simply Measured that provide free trials and basic reports for social media marketers (and detailed reports for those who opt for the paid versions).

(Update: We now also have Buffer Analyze that can help you make better decisions about your social media strategy and measure your results without feeling overwhelmed.)

A look at our stats based on free reports + manual labor:

What we’ve learned & our strategy for the future

Excited to say that we’re just getting to know the ghost here at Buffer, and so far it’s been a fun and interesting journey. We launched our Snapchat account on February 23rd and haven’t looked back since! Similar to Instagram, we’re getting creative with how we measure our success on Instagram – Here are the stats we’re keeping track of:

What we’ve learned & our strategy for the future

Snapchat is a unique network in the sense that it’s a challenge to measure the direct impact on other marketing goals such as audience growth and blog traffic. We’re really interested to know how that will change over time as Snapchat grows and evolves.

There’s also something to be said for Snapchat engagement levels being through the roof. We have roughly 200 friends on Snapchat and receive 85 views on each post – that’s a 42% engagement rate!

Our strategy with Snapchat moving forward will be a mix of both social media thought leadership content and sharing an inside look into the lives of our Buffer team members with the Buffer Community.

If you’d like to join us on Snapchat, add @buffersnaps or scan the Snapcode below:

Of the three networks, we’re really starting to focus on LinkedIn as a major growth channel for Buffer. In the past, we’ve posted once per day during the weekdays, but in the last few weeks, we’ve ramped that content up to three times per day during the week and once per day on the weekends. Here’s what we’ve seen as a result (data pulled from Google Analytics and LinkedIn Page Analytics):

We post to Google+ twice per day but honestly could do a better job of nurturing relationships on the channel as that’s what it’s great for – building communities. Google+ is currently driving around 3,000–5,000 blog visits per month and so we’re focusing on ways to optimize our efforts while being time-efficient.

Pinterest is a channel that we’ve gone up and down with in the past as we struggle to find a niche. As with LinkedIn, we’re increasing the number of original posts per week (10–12) and are making a concerted effort to pin awesome content from around the Pinterest community.

Anchor is an interesting up-and-coming iOS app that is making waves across social media. We’re exploring ideas of releasing mini podcasts to Anchor on relevant topics in social media and start-ups. The fun thing about Anchor is that it is very community-focused and encourages voice replies… something we love here at Buffer.

We made it! Thanks for reading along with us.

Do any of these key takeaways resonate most with your social media strategy? Are there any social media channels or tactics that are working particularly well for you? We’d love to hear from you in the comments! 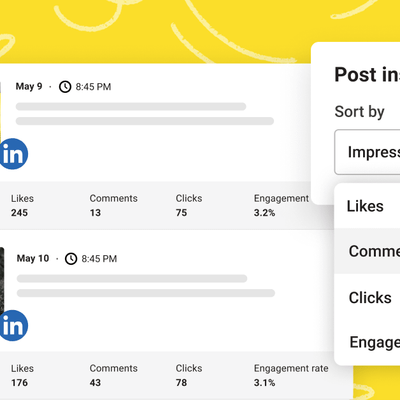 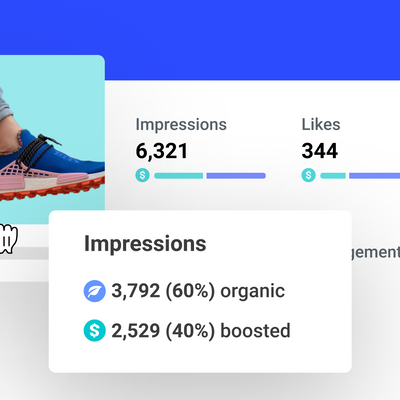 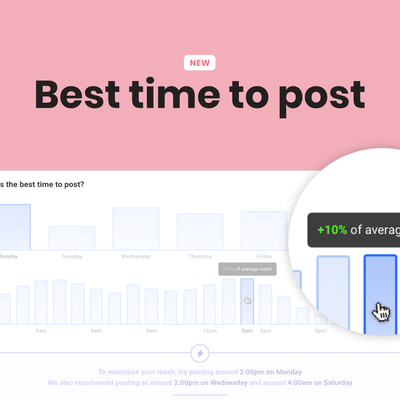 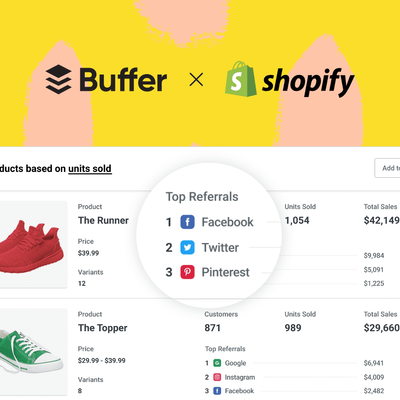