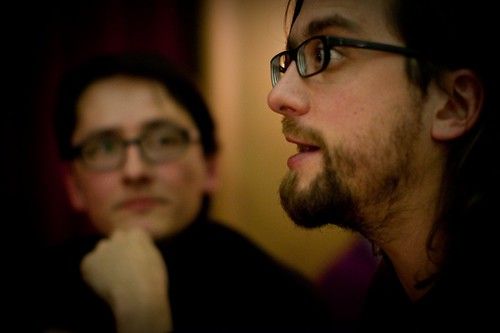 Once in Hong Kong I took a trip to the barber, since my hair was getting a little long. It ended up being one of the most fascinating times I’ve had my hair cut.

The last few times I’ve been to this barber, they’ve always washed my hair in the sink before I’ve had my hair cut. The way they did it was to turn the chair around, tilt it back over the sink and then wash your hair while you lean back and rest your neck on the edge of the sink. The sink is clearly designed for this as it has a gap for your neck.

Interestingly though, this time the lady who washes my hair did it a different way. We were having the usual friendly chatter and she began to wash my hair, only I was still sat upright in the chair. I found this fascinating, so I asked her more about it. I said “This is a new method, isn’t it?” This simple question triggered a captivating conversation.

She went on to explain that someone else had mentioned that they found the other method uncomfortable, and the staff had talked about it afterwards. They decided to try this new method since it would be a better experience for clients. I then asked how they knew about this new method, and how they’d come to the decision to try it, because it seemed very unconventional. She told me that one of the senior stylists is from Singapore, and that in Singapore they always do it this way. This was amazing to me, to realise that there are different ways things are done, and that the overlap of different methods and cultures can be so powerful.

Thinking about it now, this particular aspect reminds me of how Bret Taylor, who previously worked at Google, described his recent few years experience at Facebook just as he has made the decision to depart as CTO:

“Cross-pollination among companies is what drives so much of innovation.”

I then asked the lady washing my hair about whether they consciously ask for feedback from clients, and mentioned how surprised and amazed I was that they had actually listened, discussed it and made a decision about how to improve the experience. That is something we’re focusing on a lot as a tech startup, but I was under the impression that with traditional businesses, a lot of the decisions were simply passed along and accepted as “the way it is.” The method of washing hair, especially, seemed like something that might be hard to consider changing.

We spoke lots about this general concept of traditional businesses taking feedback and having personality. She told me about a small independent coffee shop nearby which she prefers compared to bigger chains because they are much more individual and she feels she can connect better with the staff.

The whole conversation went on for quite some time and was genuinely fascinating.

The quote from the start of the article is from How To Win Friends and Influence People, and the book is my favourite of all time. It’s also probably the single book that’s had the biggest impact for my life so far.

The most amazing thing happened after my conversation about the new hair washing technique. She started to ask me questions about what I was doing in Hong Kong, how long I’d been here, and all the different places I’d checked out. She gave me a great suggestion for a new beach to check out. By showing a genuine interest in what she was doing and something that is a big part of her life, she became much more interested in me.

This is one of the key principles Carnegie talks about in the book: “become genuinely interested in other people.” This is something I’ve worked hard to ingrain. Since I read the book and started to consciously try to bring into focus this and other concepts, the results have been quite remarkable.

I’ve found there is always something genuinely interesting about what somebody is doing. All I need to do is to pursue that interest I have, ask more questions and continue that conversation. It’s fascinating for me, and at the same time builds a greater connection and opens up more opportunities.

The key word in all of this, however, is “genuine.” I think that’s really important. Carnegie himself puts it best:

“The principles taught in this book will work only when they come from the heart. I am not advocating a bag of tricks, I am talking about a new way of life.”

Are you interested? Do you work on being interested in others? I’d love to hear your thoughts on this concept in the comments.