Buffer is now the largest team I’ve ever worked with.

This time last year there were 29 people on the team. Today there are more than 80.

Hyper-growth mode is both exciting and scary because it means a new chapter and challenges. One thing that’s been on my mind is how can we keep our startup mindset as we keep growing.

I have been seeking advice from a few people I look up to, and last September I chatted with Greg Brockman, who was the CTO at Stripe when they were growing fast.

I asked him how Stripe was able to keep their focus on delivering on many different fronts such as the product, blogging, research and open source as they grew.

Greg pointed me to the concept of “Stop Energy,” introduced by David Winer in 2002. Ever since reading his post, I’ve been finding myself talking a lot about Stop Energy and how it relates to a growing startup like Buffer.

When you’re a small team, there’s a lot of  overlap and trust.

When making decisions, there are fewer people to seek advice from, and fewer people who are affected by those decisions. The feedback loops are quicker, and it’s easier to get on the same page.

This makes it generally easier to get things done.

As we’ve grown, each decision affects larger amounts of people and things that used to be much easier are now suddenly harder—sometimes rightfully so.

To keep up, we’ve experimented a lot with structure to solve these growth challenges.

I can’t say we’ve figured everything out, but being mindful of Stop Energy has allowed me to navigate some of the challenges of making decisions with more people on board.

At Buffer, the thing that keeps us moving forward is a general bias towards action. This is an explicit sub-bullet point in our “Be a No-Ego Doer” value.

Forward Motion is essentially the reason why work is fun.

Everything that we accomplish as a team is represented through Forward Motion. In my view, any idea proposed by a teammate should by default be considered a good idea, because in their shoes, with all the context they have, they believe it’s a good idea—and it takes a lot of courage to propose an idea!

And yet when a person seeks advice about an idea, depending on their position on the team, how early the idea is, and how many people they seek advice from, they are likely to receive some Stop Energy.

Stop Energy is essentially saying “that won’t work,” without providing alternatives or reasoning that’s accepted by both the advice-seeker and advice-giver.

I think a pervasiveness of Stop Energy is one reason a work environment can become less fun.

Stop Energy in action at the DMV

For am example of stop energy in action, let’s consider the widely held view that going to the DMV isn’t very fun.

When you’re 16, you go into your first experience at the DMV super excited  because soon you’ll be able to drive for the first time.

Your 16 year-old-self going into a DMV represents Forward Motion because you have this idea you want to drive and are excited to accomplish the feat of obtaining your license.

Immediately you may start to realize there are many barriers and hurdles at the DMV, like queue times, forms, tests, etc. With so many hurdles to getting something done, the experience eventually becomes a lot less fun.

Similarly if there are many hurdles and moments of Stop Energy in the critical path of getting something done within any organization, the experience breaks down and becomes less fun.

I think Stop Energy at work probably comes in many forms; here are a few I can think of:

It’s important to note that saying “no” doesn’t always mean you’re creating Stop Energy.I don’t believe that saying some version of ‘This won’t work’” is inherently a bad thing. Saying no can be great, as it ensures focus.

In my interpretation, “no” is Stop Energy only when:

If something feels like it isn’t the best idea, I try my hardest to work with the person to come up with alternative routes so they can still move forward.

How Stop Energy spreads throughout a team

The potential of Stop Energy increases with the number of people from whom advice is sought, and it’s more likely to be seen by newcomers than those that have been on the team for a while.

For example: Let’s say Molly joined the team two weeks ago. She has an idea and wants to try it out. From all the context she has, she believes this is a good idea.

Molly seeks advice from Angela, who has been on the team longer. Angela says her idea won’t work—without giving more context, reasoning, or alternatives for Molly to try out. Molly got Stop Energy from Angela.

A few weeks later Ali joins the team and has another idea. It’s likely Ali will see Stop Energy from Molly because she experienced the same thing with Angela.

Stop Energy can quickly propagate and spread throughout a team.

When Molly has a second idea, she may find it better for her to avoid seeking advice from Angela again. This isn’t at all ideal, since working with Angela was probably the best path for Molly to move forward.

To halt Stop Energy, provide feedback on it

What’s best for everyone is for Molly to provide feedback to Angela so that she’s able to understand the far-reaching effects of Stop Energy.

I think this is key to prevent Stop Energy propagation across teams and the organization. Being so mindful of this might help a bias towards action scale, even with large teams.

Discovering the concept of ‘Stop Energy’ has been pivotal for me.

Suddenly it made sense to me why many times in the past I have pushed forward on ideas on my own, not telling many people about them until I had something tangible to show.

For example, I would come back after a week or two of playing around with a new service or idea, then implement it and get it to a point where I could demo it. I’d then seek the bare minimum of advice from the right people before moving forward.

Now I’m in a privileged position where many team members often come to me for advice. And as an advice giver, I try to be mindful of whether I have full context. If I don’t, I try my hardest to say so, allowing the advice seeker a route to push forward, even if I might disagree with it with my limited context.

And now that I fully understand Stop Energy, I want to make sure I’m not contributing it.

A personal objective of mine is to approach every meeting with a goal of leaving more excited rather than less excited.

This is possibly a naive but perhaps accurate gauge of Forward Motion vs Stop Energy. It means I try my hardest not to say no without proposing equally exciting alternative, or I refrain from commenting if I’m not sure about the best path, and instead recommend someone who might be more helpful.

Which are you giving?

Since learning about Stop Energy, I can’t remember the last time I’ve said “Nope, this won’t work,” or “I don’t think that’s a good idea” and left it at that.

The next time you find yourself in an advice-giving position, do an experiment and reflect on whether you’re adding Stop Energy or Forward Motion.

Have you experienced Stop Energy before? How did it feel, and how did you deal with it? I’m keen to hear all your thoughts in the comments!

What Would You Make? 6 Salary Calculators From Across the Web

Inside the Buffercelerator: How We Built a New Product in 9 Weeks (And Why We Shelved It Afterward)

The Power of Your Point of View 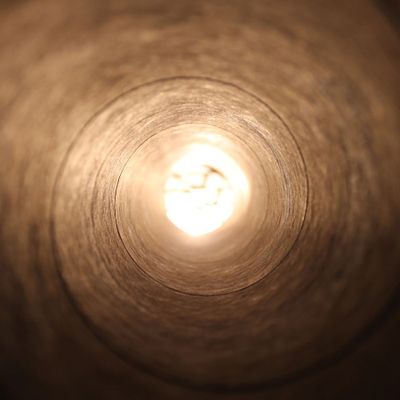 The Founder’s Paradox: When Thinking Big Holds You Back