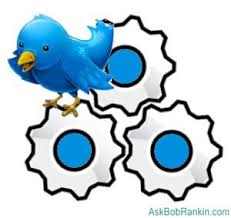 This week, we hosted another fantastic session of #ToolsChat. We talked about the best Twitter Clients and how to use them.

One of the questions asked that got really interesting answers was:

Which features are the most powerful from your favourite client?

I thought of collecting the answers and turning them into a blogpost for you. Some of the answers really highlight some hidden features of awesome Twitter Clients and Apps.

Klout on Twitter.com, suggested by @kabaim

Interestingly, many mentioned that their only Twitter client is actually Twitter.com. A great add-on feature is a Chrome extension from Klout. It will allow you to see the Klout score of all the people you are following right in your Twitter stream. You can give it a go here.

Old School RTs from Twitter.com with Buffer, suggested by @erikjfisher

Loved the old school retweet feature? The Chrome extension of Buffer allows you to add a “Buffer Button” right next to all Tweets. With one click, you can get old school retweets. Tweet them right away or Buffer them to be posted at a better time during the day. Give it a go here.

Pluggio is a Twitter client that automatically pulls in your RSS feed. You are then able to read your news right from there. And whilst you are at it, Tweet them out via Pluggio. You can give Pluggio a go here.

Assign answers to other people, customized searches with HootSuite, suggested by @tribe2point0, @dgcattaneo

As the favorite features from HootSuite a plenty of different features were mentioned. The ones, which might be lesser known where that you can assign answers to Tweets to team members. You can also create customized searches with different criteria. Try it out here.

Echofon is a beautifully designed Twitter client, that offers you a neat feature. No matter if you are using the App on iPhone, iPad, your Mac or Windows. All of your unread Tweets are always synced for you. So if you have read some on your phone, they are marked as read on all other devices too. Try it out here.

Although not a client, there was  a great suggestion for a way to mute and unmute people on Twitter. There was no tool mentioned, but the one that comes to mind is Proxlet. It lets you easily mute people temporarily if they are at a conference for example. Try it here.

Unfollow inactive profiles or people who don’t follow back, suggested by @LHInsights

A great tool mentioned was Manageflitter. It offers you the opportunity of unfollowing all the people, which are no longer active on Twitter or don’t follow you back. Highlighting these features is interesting, as you might be limited from following more people. Try it here.

One feature that was talked about and boasts a lot of value, especially if you are new to Twitter is the “who to follow” feature. Simply go to your Twitter page on Twitter.com and click on the “view all” and you will receive a list of people related to you. Try it out here.

Which are your favourite features from the Tools you are using each day? Any that I have missed from above?

Don’t forget to join us next week again for #ToolsChat on Wednesday at 10pm EST.