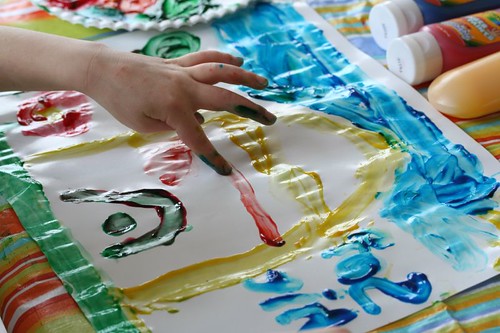 In the past few weeks, there were some amazing examples that people used Twitter for. I felt very inspired by the creativity. After all Twitter is such a great and open place to be, where we have nowhere near explored all its possibilities.

What I liked best about these examples is that they all put you as the person into the center. What fits best here is probably one of my favourite sayings from Gary Vaynerchuck’s:

A great example on how you can use Twitter and connect to dozens of people at the same time is to use it to write a blogpost. Two fabulous bloggers @MistyGirlph and @MartyMcPadden show you how it’s done.

They take a great headline for a blogpost, but instead of writing about it themselves, they let their followers give them input for it. They gather all the answers and turn it into a video. A great example is “How Many People Should You Follow On Twitter?”. This is a very refreshing I found.

2.) Connect to a whole nation

Another very impressive way to use Twitter was the #AskObama campaign initiated by the White House. It was used to allow anyone to ask the president questions on the state of the economy or other policies they would like to see more of.

The results were mindblowing. Over 40 thousand questions were asked. Analytics dashboard TwitSprout gathered all the results for you here. I believe that trying to connect with people through new media helps in this ways is a very innovative way to communicate.

Although Twitter has been used before for emergency notifications I find it always fascinating how it is becoming more and more mainstream. More and more police stations have started to Tweet out each emergency call they get in.

The most recent I came across was launched in the UK. The police in Surrey aims to particularly catch car thieves through Twitter. I think this is a great initiative and shows how public authorities are adapting to the power of Social Media.

Twitter chats have been around for a long time, but it feels they are becoming more popular again. One example I want to particularly point out is Michael Q Todd’s (@MQTodd) initiative with #EAvChat. It launched as a way to educate and discuss all the latest happenings about Empire Avenue.

It quickly moved to become a great destination for discussing all new things in Social Media, including a great discussion on Google Plus recently. I believe it is a great way to connect with others in real time and expand on your network. @EAvChat is happening every Sun, Tues & Thurs 7pm ET & Sun 7pm GMT.

We also launched a Twitter Chat recently and it is happening every Wednesday at 10pm EST.

Right now, as I am writing this, we put out a friendly Tweet that we are working from a coffeeshop here in San Francisco. Will (@thewillium) replied to us and invited us to an amazing open workspace. We packed our bags and checked into @CoffeeandPower for the rest of the afternoon.

Taking Twitter to the next level and moving conversations offline has led to some amazing experiences for me in the past. Give it a go and try meeting up with people in your area that you have connected with through Twitter.

These are a few ways you might be able to use Twitter for yourself too in the future. Do you know of any cool ways Twitter can be used?